Its been a while since my last post, I have been busy working away once again. After such a long time out of the workforce it was nice to put my hand to something. I offered my services to a restaurant for 1 week working for free, which really suprised the owners but obviously it worked. I didnt have any kitchen experience and was keen to learn some skills in the kitchen. I found a lot of what happens in the kitchen is.. cleaning. In between orderers we were scrubbing every surface of the kitchen making sure it was squeaky clean. I did learn a few things about actual cooking as well in my short time there, how ever I didn’t get a contract following my time there as I am off to America very soon for just under 2 months.

Amazingly, one day as I was walking through the streets of Amsterdam simply thinking of the fact that I should get another job, my phone rang. I had handed out my phone number to a few different places about 3 months previous telling people I was a qualified builder from New Zealand looking for some work around Amsterdam, and it just so happened that one of these people contacted me at that exact moment to offer me a job. I started with the job, which was destroying in total 18 floors of office building to turn it into apartments and a hotel. Not my favourite type of construction, but I must say it was deeply rewarding actually being able to sink my teeth into something again. As you can probably imagine, swinging a 5kg sledge hammer around all day has a toll on your body, how ever I have been doing 1 hour long session of yoga every day, and I found it literally heals my body by the next day. I couldn’t believe the results it had. The other guys at work have been complaining about sore arms or joints and I have been feeling really good, so it was positive to see the amazing effect yoga has had on keeping my muscles and joints in top working order.

It was a sad day this week when I finally sold my car. I decided to sell it as I am now living in the city without a car park of my own it is too expensive to have it any where near the city. I sold it for half the price I bought it for which I was happy about as it was my accommodation and transportation for such a long time as I traveled around Europe. I decided to look through some photos I took with my car around countryside. Here are a couple of photos

Close to the border between France and Switzerland, about 20km from Geneva 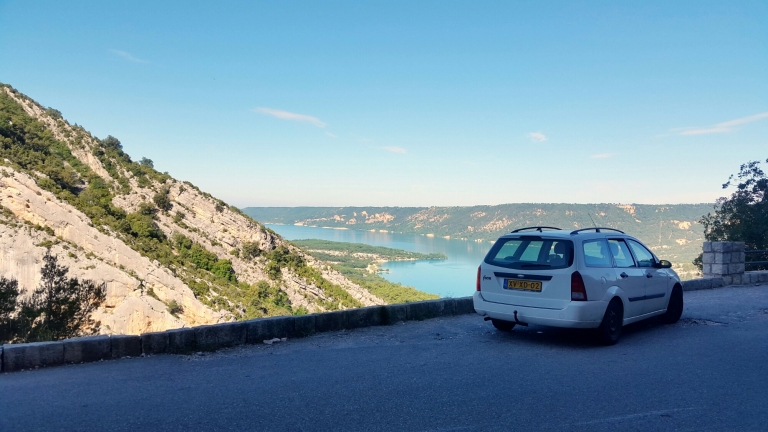 In les Gorges du Verdon in southern France. One of the most beautiful places I have ever been. 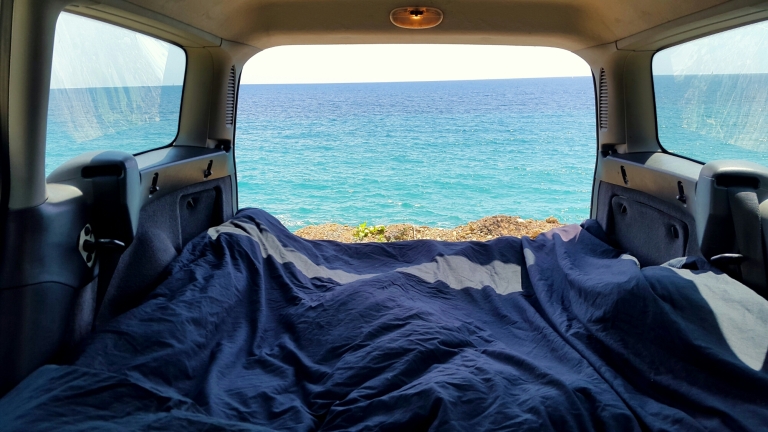 Anyone who was curious how I set up my car to sleep in it, I put the back seats down, had a thin double mattress in the back with a super comfy duvet and I would park up and sleep pretty much where ever I felt like and enjoy the view. This was on the west coast in Italy not so far from Florence.

One thought on “Ode to my Ford”