After Angkor Wat we headed to a floating village.  There is a massive late close to Siem Reap and a large group of people live on the late in floating houses. Since it was dry season the late could be as low as 1 meter deep! In the rainy season how ever it could get as high as 11 meters!

The water was very muddy as there had been no rain in months. The water was extremely shallow and as we traveled down the channel to get to the lake we had to be careful not to get stuck in the shallow water. 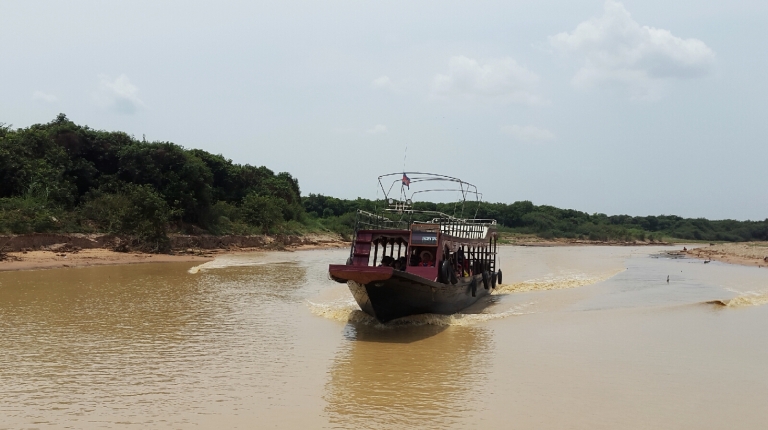 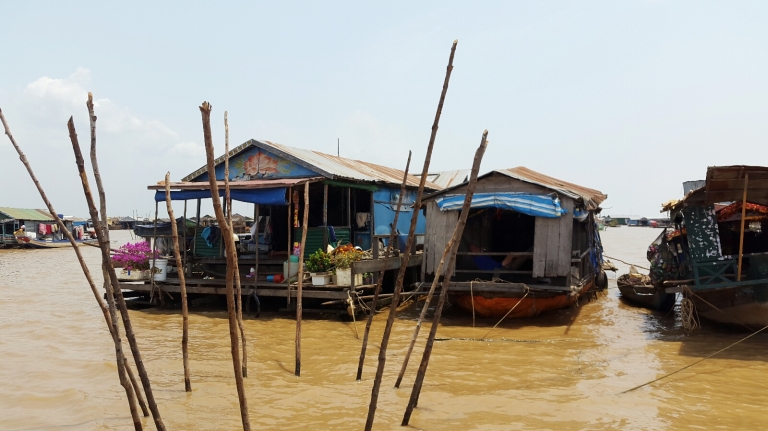 Some people had gardens growing outside their place. The village was complete with its own school, supermarket, church and police station.

We headed to Phnom Penh the next day on a horribly uncomfortable 7 hour bus ride all night. By the time we got there all we wanted was sleep. We checked into a hostel and slept for 4 hours before going about our day.

We headed to the killing fields and could never be prepared for what we witnessed. On April 17, 1975 an organization called the Khmer Rouge took control of Cambodia. In the coming 4 years, nearly 3 million people (1/3rd of the population) were brutally murdered. There were several places around the country where these mass murders took place. One of these places was Choeung Ek in Phnom Penh. Thousands of people were killed there in the most unspeakably brutal ways.

On arriving at the site we were given head sets and audio devices that played the story of the brutal history of the place. Sharing some people’s personal testimonies. It was absolutely heart breaking as I walked around the site. Most of the mass Graves there were dug up and the bodies given proper burials, others were still buried in large pits. Every year more bones surface after heavy rains and as you waked around the place you could actually see the bones on the path. It was very hard to even grasp how it was possible for this to happen. How someone could be so sick and twisted to order someone to murder innocent people in huge numbers.

I didn’t take any photos at this site as I thought it is best to let these poor souls rest in peace. They have made this particular killing field a memorial for what happened during those horrible years in Cambodia’s history.

We also visited S21 prison later that day where thousands of people were taken to be tortured and killed. It was an extremely emotional day and my eyes stung after going through all that heartache listening to these tragic stories.

We decided the next day Jimmy, Delano and myself would get some bikes and explore the area. The boys were headed to Laos the day after so for our last day we thought a ride would be good for us.

We saw more ancient temples as we rode south of the city down towards Vietnam.  It was an amazing ride with plenty of brown rice fields from the lack of rain. We did see a couple of fields that had been irrigated some how and stood our from the rest

This next part is not for the squirmish. I bought some lunch on our ride back.  I asked for a bun with egg and cucumber on it as I am a vegetarian and my only other option was chicken. But what I got on my plate was a bit of a shock!

I got egg on my bun for sure. But the issue was.. it was a fertilized egg! My jaw dropped as I looked up at the lady who served me.  At first she was embarrassed then a bit angry, I managed to laugh it off to ease the tension but I was still shocked! To be polite I picked out the bits of baby chicken and ate my bun. It was an experience not to be forgotten. 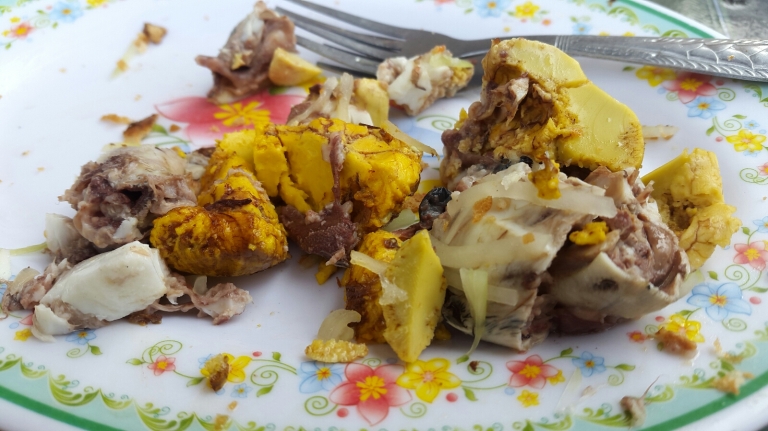