What can I say about Geneva..
I would need to be a poet to properly articulate How beautiful this city is. The architecture is quite different in comparison to some of the cities I have been through which was a nice change, and the lake is absolutely stunning! There are Parks and places to lie on the grass all around the lake where people were sunbathing and relaxing. Families were out and about with their kids, people were smiling, gellato ice cream was plentiful,  and Oh Yes.. the Swiss Alps were the backdrop to all of this.

There is a famous fountain there the Jet d’Eau which pumps 500 liters of water per second 140 meters into the sky!!! At any one time there is upto 7000 liters of water in the air! It is an impressive thing to see and is one of the most powerful fountains in the world, it has been in it’s current location since 1891. Depending on the way the wind is blowing,  you can see a rainbow in the mist the fountain creates.

I saw a familiar brand name as I walked around the lake, a Katmandu backpack. I ask the lady where she was from, and she said Invercargill! I have hardly seen any kiwis along my travels so it was nice to spend some time with her. We walked around the lake and through the city for a bit, it was funny hearing such a strong kiwi accent again, it makes me a bit home stick to be honest. Parking wasn’t such a big problem here in Geneva, I found something about 6km from the city which was reasonable. I made the mistake of walking in jandles. My feet have lost their jandal wearing magic over the past month. I have been wearing my Chucks most of the time. So it was a bit of a painful walk back, I guess walking about 16km in any footwear can get a little bit painful.

The next day I headed to the natural history museum which was free! (excellent) they had an impressive collection of animals,(models not real ones) a lot of which I had never even seen before, all from different parts of the world. They also had an exhibition about astronomy and the origins of solar systems. I was reminded of just how futile we are on this small little rock we call earth, floating around in an infinite cosmos.

Bern was my next stop, a quick trip up the highway, everything in Switzerland is super close as it is a tiny country. I haven’t seen any tolls on the roads neither which is definitely a good thing. The first thing I noticed as I drove into Bern was that everything was in German?! The signs on the highway changed languages so I had to figure out what it all meant. It’s funny hearing a different language being spoken just 1 hour from where I was previously. It is the first place I have been that speaks German, so I need to learn a few words to try and scrape by. So far everyone I have talked to speaks a little bit of English which has made things easier. 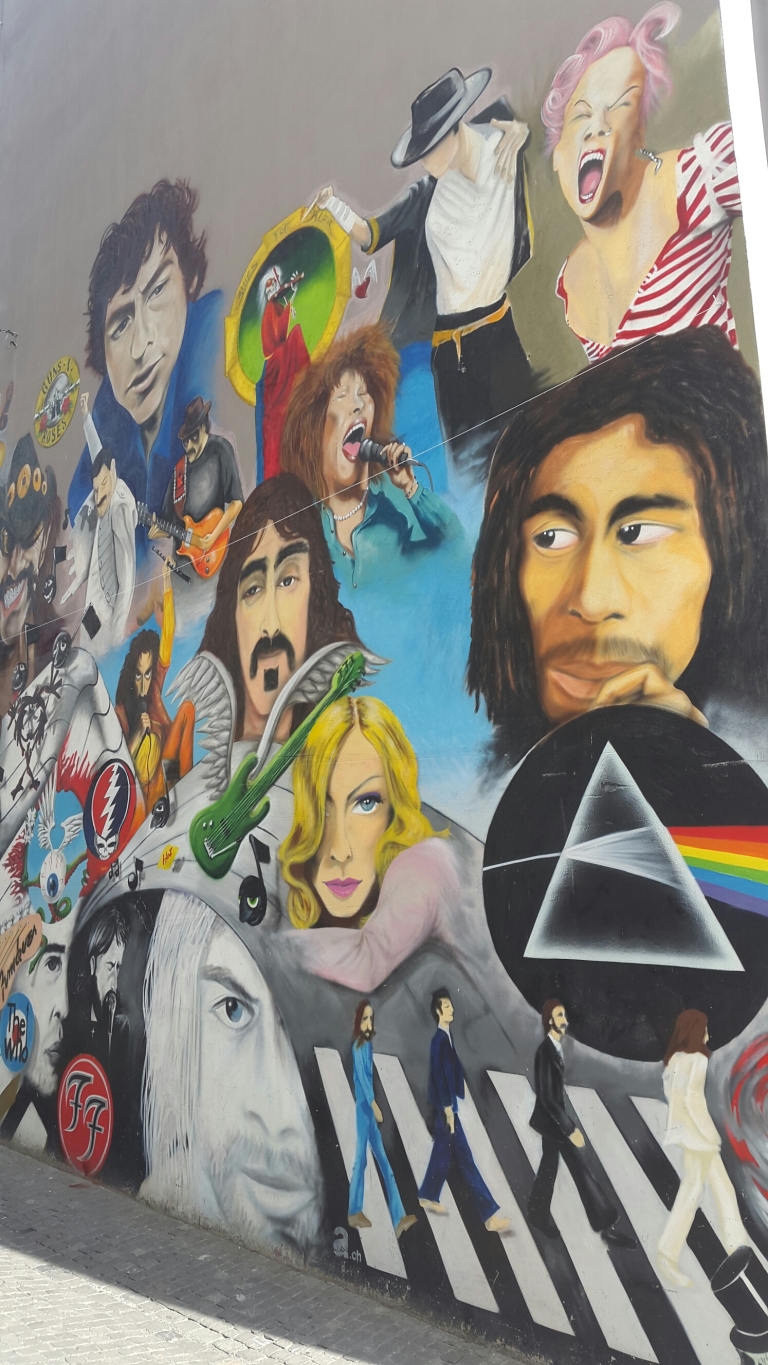 I enjoyed the sound of many musicians on the streets busking and in English which was pretty cool. There seemed to be something electric in the air, the town was alive with markets, music, rollerblading competitions(?) And happy people. I felt nothing but good vibes, I also found out I have a great great grand father from Bern so there you go!

I only stayed for one day in Bern, I could walk around the city in just a few hours. It is a beautiful place with some exquisite old buildings. And did I mention the entire town has free Wi-Fi? Nice if you need to contact people or figure out where you are on a map.