After my short time in Northern Italy, I decided too head back to France. I took my time driving around the coast towards France, stopping off in a few beautiful beach towns along the waters edge. The weather has been absolutely stunning since forever, so I had to stop off and enjoy the ocean every so often.

I made my way around to a place which I had long been keen to see, Monte Carlo. Hearning tales of it’s ridiculous wealth, a millionaires/billionaires playground where the rich can go to show their wealth. It certainly lived up to all expectations, it is an absolutely magnificent principality set on the side of Mount Charles. I found a park way up on the mountainside which seemed to be where a lot of people parked as it turned out. There certainly is a lack of space in Monaco that is for sure. Buildings are crammed together, streets are very small and it is densly populated. With an area of just 0.62km squared there is over 15000 people living there.

As I was walking towards the town from up in the mountains I saw a Bugatti Veyron drive past me! I would mention the 12 Ferraris, 9 Bentlys, 5 Rolls Royce, 2 Mclarens and 8 Aston Martins that also drove past me but a damn Bugatti!! I actually bit my fist and made a small grunt when I saw it. As I walked through the town it was insane to see the amount of toys on offer. There were small shops full of Ferrari’s for sale, all parked closely together, I saw some impressive parking with a Bently and a Lamborgini parked 30 millimeters apart! 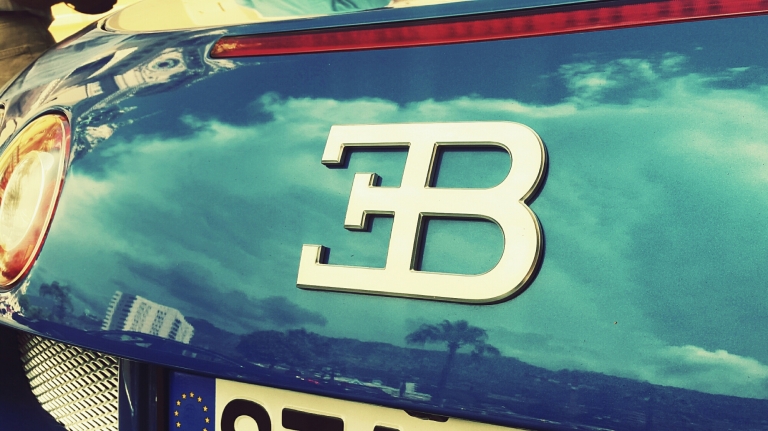 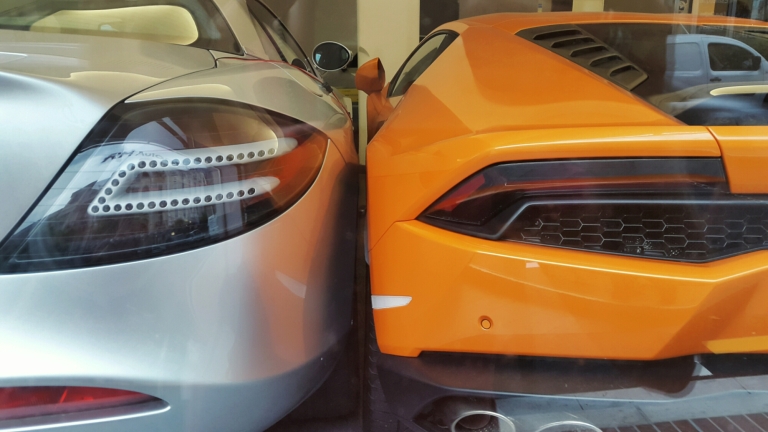 I first made my way down to the famous Monte Carlo casino, where I was amazed to see the Bugatti parked up outside along with millions of dollars worth of other super cars. The thing that amazed me was, the Bugatti drew a crowd of people all snapping photos, and was actually a tourist attraction! You know you have a nice car when that happens, you know you have an even nicer car when people arent even noticing the fact that there is a convertible DBS, new Phantom and several other new Ferarri’s parked around the place.

I headed into the famous casino, it cost 10 euros to enter but I decided it would be worth it. I love watching people throwing around thousands of dollars, the thrill of it, the excitement, the dismay and the extatic joy all together in one room. It is electrifying. It was also a bit above my price range. Minimum bets for black jack were 25 euro and minimum for roulette were 5 euro per number, so I decided watching would be my best option. The building itself it made with such detail and kept in perfect condition, you feel like you are in a movie when you walk in.

After the casino I headed down to the marina, the super yachts there are some of the largest and most impressive in the world. With an average length, yes average length of 50 meters, and some upto the 100 meter mark like Madame Gu owned by the Russian billionaire Andrei Skoch, well actually its only 99 meters.

I headed up to the old city after that to check out the buildings and cobbled streets, it is quite different from the extremely modern and flash part of Monaco but very, very well kept. It was getting late in the day so I headed back off to hike back up to where I had parked my car, back in France. I definitly encourage anyone who is ever in southern france, they should definitly check out Monaco! You will not be disappointed